You are here:
Photography GearReviews 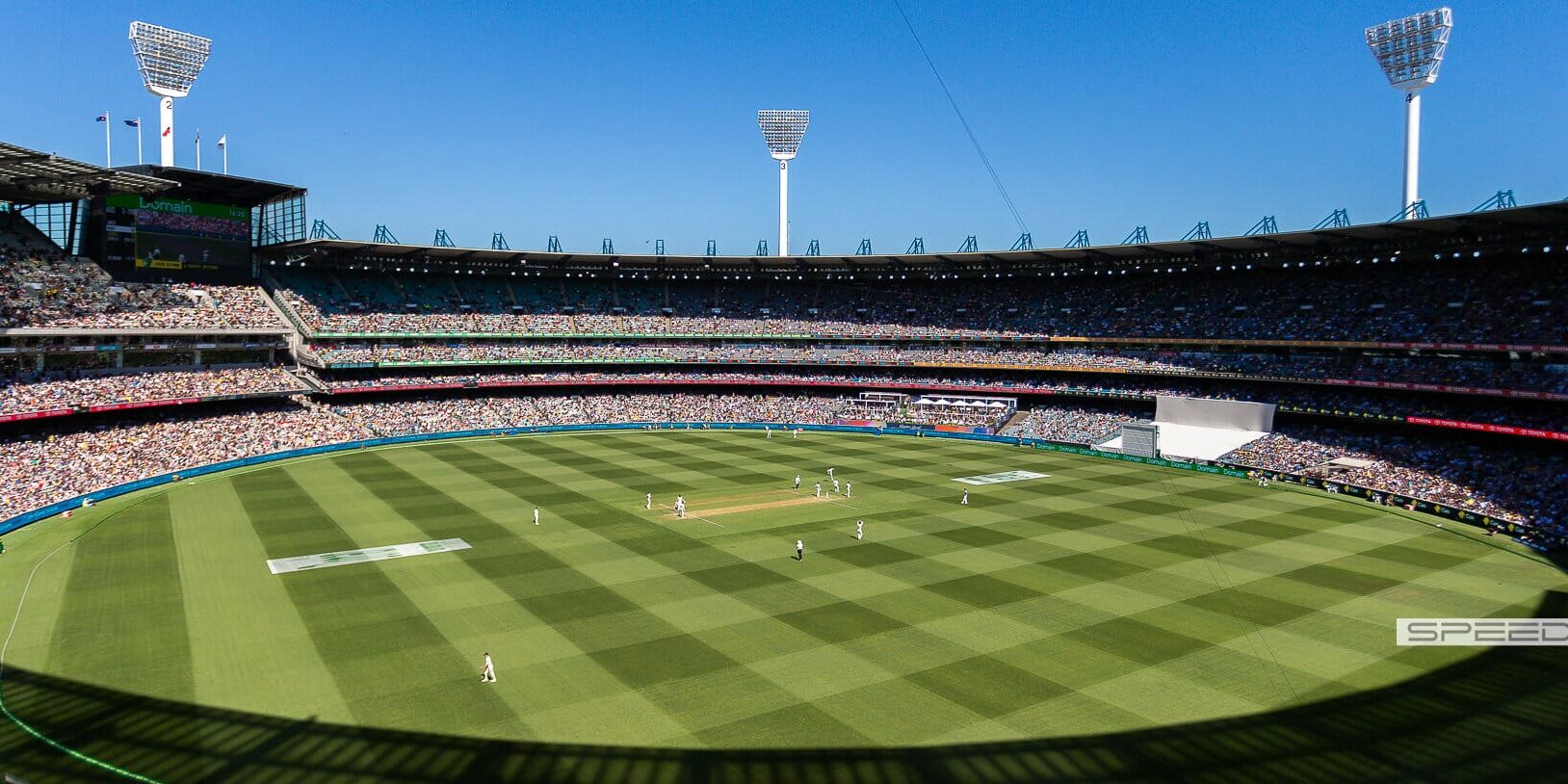 So we have to compromise because not all of us can afford the branded professional glass that Canon and Nikon make. Of course we have options, we could sell a kidney, or one or two of our children but if I’m honest, I’m too attached to both. As a Canon shooter, one of my favourite sports lenses is the EF 600mm f4 L USM II which retails at around $A18,000. Sadly, very sadly in fact, I do not own this lens. So thanks to Canon Professional Services (CPS), I am lucky enough to have access to this lens (and all of Canon’s offerings) for most of the major events I cover. But there are occasions that I don’t have access to them, yet I still need that all important reach.

Unless you’re a professional shooter, CPS membership is not an option for you and besides, they only attend the Australian Open, MotoGP and Formula 1 in Australia. For everything else, you bring your own.  Members can borrow lenses from them on an ad hoc basis outside of those events, but there’s a limit on how many times they can do that annually. So we’re left with a conundrum – what are the alternatives out there that will enable us to still do our job and get the shot but also maintain quality and performance?

To be honest, until a couple of years ago there wasn’t much. Sigma and Tamron had their super-zooms ranging from 150 – 600mm and in my opinion they were pretty rubbish. That said, for the price and their intended use, they were fine. Probably perfectly fine for shooting your kids sport or wildlife. On a professional level though, they didn’t cut it, not even close.

A few years ago I was assigned to cover the 2017 World Superbikes, it was fairly early in my career, I wasn’t a member of CPS and my only option was to rent lenses. So I placed an order to rent the new (at the time) Sigma 150-600 Sport lens as I’d heard some pretty good reviews on it. Unfortunately, they accidentally rented the lens to someone else and the only other available lens they had was the Tamron 150-600mm version 1 lens. It was so bad, I ended up using my own Canon EF 70-200 f2.8L and limited myself to track locations that didn’t require the reach. The Tamron wouldn’t acquire focus, when it did, the images were soft and pretty much unusable. They would have been OK for personal use, but I was shooting for a wire for distribution to international media. Quality is critical.

A few months later, Tamron announced a new version of this lens – the Tamron SP 150 – 600mm f/5-6.3 Di VC USD G2. While an upgrade to a not-very-old lens may be expected to be a pretty minor, incremental one, there were some significant improvements made to the G2. In addition to a great new physical appearance and a metal exterior construction, the G2 received an improved optical and mechanical design, a faster and more accurate USD AF system, an improved VC system, fluorine coating on lens elements and a new zoom lock mechanism. As with all the G2 versions of their line up, they’re looking to aggressively compete with the branded offerings and switch up the overall quality.

Thanks to Tamron Australia, I was lucky enough to be offered a loaner of the G2 for a month starting with the 2018 World Superbikes. I’ll be honest, I was apprehensive at first. Tamron assured me that the improvement on the G2 was substantial which is why they challenged me, and others, use the lens for a major event where quality was all important. Challenge accepted!

I have to say it was a massive improvement. In fact it was great! The images were sharp, focus was fast and it tracked pretty well too. With its variable aperture going to f6.3 at 600mm, it’s limited to daytime shoots, but for motorsport, that’s mostly fine. The Pro gear from Canon outperforms the Tamron, but not as much as you might think. Consider the price difference and this is an amazing lens. I thought it was so good I went and out and bought my own.

I still have access to Canon’s Pro mega lenses but for the times I don’t, my Tamron has been an outstanding addition to my kit for two years now but I’ve only really used it to shoot bikes and a little sailing and it’s been really good.

A few weeks ago, I covered the Boxing Day Test with the Canon EF600mm F4 and it was a beast, but for last weekends BBL game between the Melbourne Stars and Perth Scorchers, it was time to test the Tamron out. How would this lens perform shooting Cricket?

I had three major concerns:

So lets get into it!

One of the G2’s upgraded features is the AF focus system being faster and more accurate than its predecessor. This has been a huge improvement although I still missed a few shots. Especially when I needed to quickly acquire focus on the field to get a catch or whatever other action there was off the pitch. It’s important to note here, that a lot of that was down me not being too familiar with the lens in this situation. I reckon, after a few games and once I’m used to how the lens works, my hit rate will significantly improve.  For tracking the bowler, shooting the batsman and most fielding, its snapped focus very well. Not as well as the Canon of course which literally instantly focuses on whatever you point it at. But for me, it performed extremely well, and well enough to get most of what I was looking for knowing that over time, I’ll get better at using it.

This isn’t a lens you’d use under lights or at night. But this was a day match so my main concern was background blur. You want as narrow a depth of field as possible to separate the background from the subject – it looks better, and that’s what the wires expect. This is a technical limitation of the lens plus with its variable aperture, it’s a pain if I’m honest. Ideally, I’ll always pick a lens with a constant aperture so your settings aren’t always changing as you zoom in and out. But we’re comparing an $18,000 lens with a $1,600 lens – so I’ll suck it up! The Tamron at 600 is f6.3 which is 1.5 stops slower than the Canon 600mm being f4. Smaller aperture, larger depth of field, less background blur. This really becomes an issue when your subject is a fair distance from the camera, as is the case with Cricket. You’re mostly focusing on the pitch.

Well, I don’t think it was too bad actually. What do you think?

When any lens pushes the extremes in focal length, this one has a huge range from 150 – 600, I am always suspicious of the image quality it will deliver. I keep on saying it, image quality is everything, especially now I’m shooting for an agency that supplies to Getty Images. I like getting paid, and to get paid my images must sell so I always have to consider quality and content. The original Tamron 150 – 600 did not impress me. But the G2 did an amazing job. I’m not going to go too technical or pixel peep – I’ll just throw up some comparison images to compare to the EF 600mm f4L and let you make up your own mind. Keep in mind that these images are cropped in a lot.

I also liked the Image Stabilisation (IS as Canon calls it) which Tamron call Vibration Compensation (VC). You don’t need it at 1/1250th but its handy to keep the viewfinder stable and it may surprise you to hear me saying this – it’s better than the Canon’s. It locks that image still when activated, rock solid still. The Canon smoothed out the movement but not as much as Tamron’s VC did. Canon have since released the Version 3 of their 600mm, so perhaps their IS is on a par now. I don’t really know. This isn’t a big deal, it’s just nice and was an interesting comparison between the two lenses.

Another highlight was the fact that this lens is actually a zoom so I was able to capture the action happening closer to me that I would have been able to with Canon’s 600mm being a prime lens.

It’s one hell of a lot lighter too!

My only real criticism is that it’s best on a full frame camera body. I’ve used it on a crop sensor and my results were mixed.

So there you have it. In my opinion, this lens stands on its own as an outstanding lens as long as you understand it’s limitations. It performs well against the top end Canon pro glass, especially when you consider the huge price difference. I’ve used it professionally in Motorsports for a couple of years now and I would absolutely recommend using it for that and for Cricket as well as other field sports too. For tight crops, and if your shooting for a website or small format printing, it performs remarkably well compared to the Canon. Tamron have done a fantastic job with this lens and they should be congratulated!