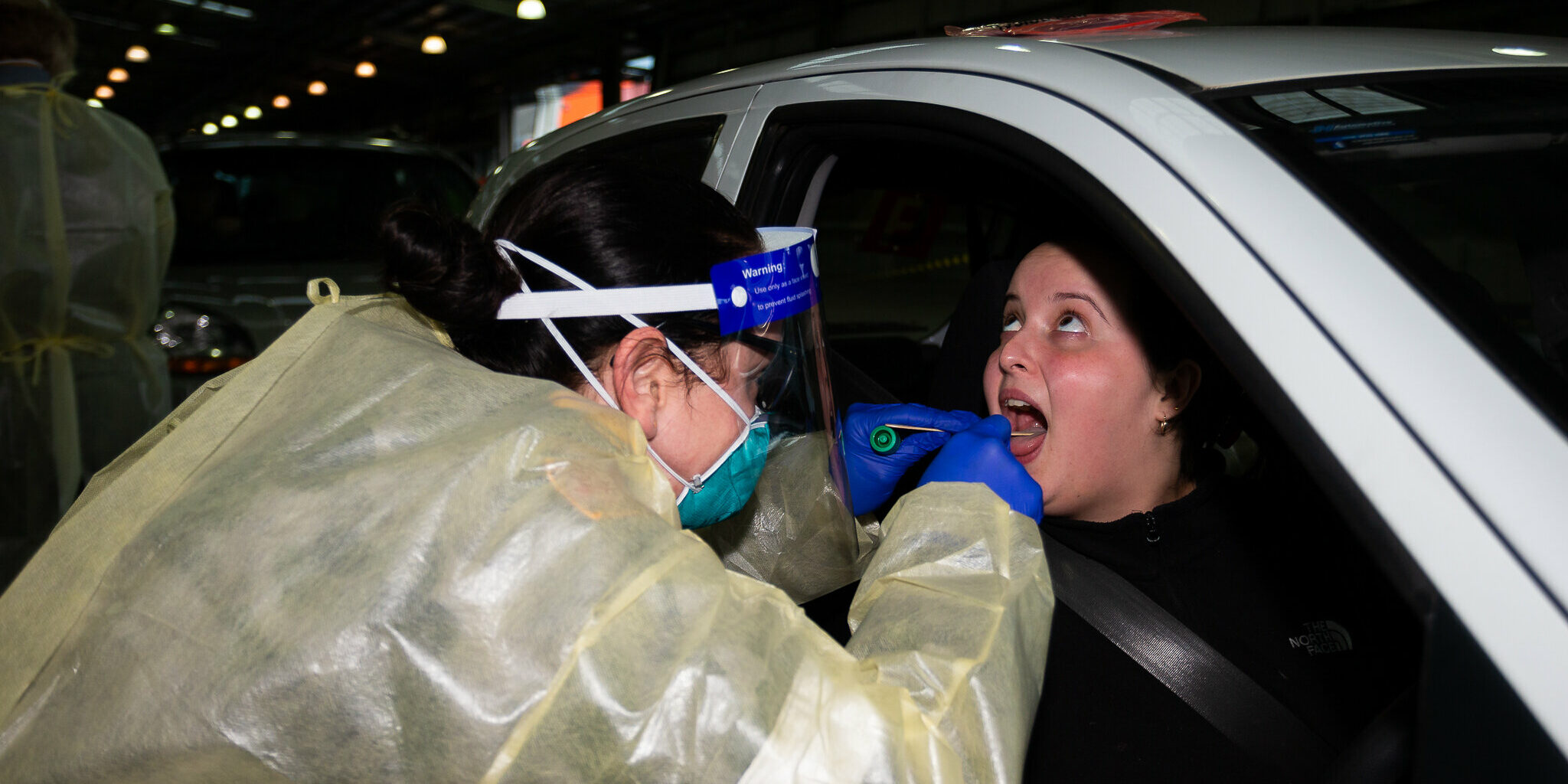 In today’s blog post I wanted to talk about something entirely unrelated to sport or photography. I’m currently half way through writing a blog about the best data backup strategy for photographers, or really anyone with critical data, but lets be honest, it’s a dry subject and not all that interesting. So I’ve put a pause on that one for now because I think there’s a special group of people that deserve our gratitude.

If you live in Australia you’d know about the current resurgence of Coronavirus in Melbourne. If you follow my Facebook page, or you know me, you’d also know that whilst sport has been put on the backburner thanks to COVID-19, the agency I work for has pivoted their photographers to cover news and current affairs.

Australia as a whole has handled the Coronavirus pandemic very well. We acted early, closed our borders and implemented measures to slow the spread of the virus and this has been incredibly successful.

Perhaps one of the most successful measures enacted by the Federal Government was to impose a mandatory 14 day quarantine for all international inbound travelers returning to Australia in hotels around the country. Each state would look after their own logistics using federal guidelines. Travelers would be restricted to their hotel rooms, guarded by police or the military along with mandatory testing on arrival, as well as two days prior to leaving to ensure that there would be a hard barrier preventing spread from overseas.

Our community infection was always very low and this ensured that it would hopefully stay that way.

That was the idea anyway. Sadly, the Victorian State Government decided that they would do things a little differently. Instead of posting police, or military to guard the hotel rooms, they used untrained private security guards. It is now being reported that these security guards, well some of them, might have accidently tripped into bed with some of the inbound travelers! I don’t know about you, but I reckon if there’s a surefire way to catch COVID-19, having sex with the potentially infected might well be the ideal way to catch it.

The guards finished their shifts, returned home to their families and there you have it, outbreaks right across Melbourne.

And if that wasn’t enough, the State Government did not enforce testing for COVID-19 for guests ready to leave quarantine. As a result, around 30% of those leaving did not agree to testing and reentered the community, some of whom were infected and added to these clusters.

Whilst Australia is reeling under the pressure of lockdowns along with the rest of the world, we desperately need to open up again before our economy catastrophically collapses.

As a result, the State Premier, Daniel Andrews, has reimposed extremely harsh lockdowns on 36 suburbs across the city where the largest outbreaks are occurring. And more look to be locked down shortly. Victoria has been shut off from the rest of the country and any hope of us resuming a relatively normal life has once again been put on hold.

It’s a disaster, but to be fair, everyone from the government down is making this up as they go. Mistakes will be made and we learn from them and I think the government certainly is doing that.

To contain the clusters as much as possible the government has locked down 36 suburbs, placed roadblocks and random police checks at all the main entry points and most importantly, ramped up testing to 25,000 tests per day across the city at what they call Mobile Testing Sites. These sites are located in shopping centre carparks, in tents located at large parks and other places large enough to take the huge numbers looking to get tested. And this is what this post is about.

To put together around 34 mobile tests sites, right across the Melbourne Metro area, staff them with medical personnel and Australian Defence Force (ADF) medical personnel, along with security and traffic control would be an incredibly complex logistical operation. And to do it in a matter of days is mind boggling.

Each site requires heating, tents if they’re not in underground carparks, equipment, testing kits, planning and a myriad of other things.

As part of our coverage of COVID-19 in Melbourne I have spent a lot of my time at a number of sites, including Epping, Keilor, Fawkner, Footscray West, The Melbourne Showgrounds and Broadmeadows.

If you live in Melbourne – get tested! Here’s the full list of sites which is updated every day.

Each site has had one thing in common. Outstanding management. The numbers coming through these sites are huge. The lines of cars go back 100’s of metres and many carry whole families looking to get tested.

Medical staff remain calm, cheerful and helpful. The public, although sometimes frustrated at the long waiting times, understand and have remained largely patient and the support staff have been amazing. Pathology labs right across Australia are analyzing these tests and for the most part, are getting results back within 48 hours.

Both civilian and ADF medical staff are working long hours, testing thousands of people every day, having to wear uncomfortable personal protective clothing which must be changed regularly. All the while they maintain good humour and have been treating the public, who are sometimes not in the best of moods and often sick, with empathy and understanding.

Whilst it’s true the government has made mistakes, when it comes to setting up these testing sites, they, along with each and every person who has had a hand in organizing the sites, or running them, the medical staff involved directly in testing who themselves risk exposure to the virus deserve our utmost respect, appreciation and admiration.

This post is to directly thank these amazing people.