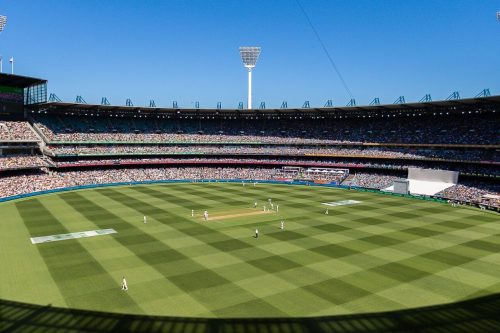 MELBOURNE, AUSTRALIA - DECEMBER 26: 80,000 fans pack into the MCG during day one of the Second Test match in the series between Australia and New Zealand at The Melbourne Cricket Ground on December 26, 2019 in Melbourne, Australia. (Photo by Speed Media/Icon Sportswire)

I’ve been shooting sports for a while now and one of the greatest challenges, especially when you first start out, is gear. I’m not saying gear makes the photographer, because it doesn’t, not by a long shot (pun intended), but lens reach is everything in sports and with long lenses come’s large dollars. Physics is still a thing and for some sports, such as Cricket, you must have a long lens, there’s just no way around it.

No more pages to load